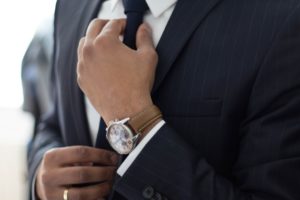 Many people believe when attending court you must hire a solicitor or that you need to instruct a direct access barrister to progress your case for the desired outcome. However, this is no longer true. Since 2013 with cuts to legal aid and the average person unable to afford to hire expensive legal professionals, a new type of “lawyer” has arisen; the McKenzie Friend and the Paralegal. Although neither are actually lawyers (in the sense that a layman may understand the term), they can help people with legal issues. For example, both can help litigants with court proceedings. However, beyond that, they are very different.

This article addresses the differences between McKenzie Friends and Paralegals.

The right to a McKenzie friend was established in the 1970 divorce case of McKenzie v McKenzie. Ian Hanger, who was qualified in Australian law was not allowed to practise as a barrister in London as he did not have any English Legal Qualifications. Mr McKenzie instructed Mr Hanger to represent him, which the court would not allow as Mr Hanger was only qualified in Australian Law. The court, however, did allow Mr Hanger to sit as an observer taking notes and advising Mr McKenzie during adjournments. Mr Hanger proposed he should be allowed to sit next Mr McKenzie and take notes and advise quietly, which the local county court denied.

When Mr McKenzie lost his case, he appealed to the Court of Appeal stating he was denied the right to reasonable legal assistance which lead to him losing his case. The Court of Appeal ruled a “McKenzie Friend” could be allowed to all Litigants in Person (LIPs) who are unable to afford legal assistance. Furthermore, a judge should only deny a McKenzie Friend whom they deem unsuitable. Due to this precedent the role has evolved and many Litigants in Person (LIPs) hire a McKenzie Friend to attend court with them if they cannot afford a solicitor.

Another type of McKenzie Friend is an agency worker, for instance a Mental Health Nurse, Social Worker or a person appointed by the Citizens Advice, who may not have any professional qualifications in law nor is charging the client.

Sometimes a McKenzie Friend is a family member assisting their child, sibling or parent etc. throughout the court case. Technically, a McKenzie Friend can be anyone that the judiciary finds appropriate — and that person doesn’t have to have legal expertise or experience. They are there to provide moral and emotional support, and a second pair of eyes and ears.

A Paralegal is somewhat different. A Paralegal can be someone who assists a law firm or a solicitor in preparing cases for court or running legal duties within the firm. Or they can operate on their own, i.e. not within an existing solicitor practice. Paralegals were first established as legal assistants and have now progressed into a profession in its own right. The term Paralegal was originally generic as the Paralegal Profession was unregulated until 1987 when the National Association of Licensed Paralegals (NALP) was formed and later (in 2003) the Institute of Paralegals (IOP). Both bodies are self-regulated membership organisations, with NALP being the only body to offer Ofqual qualifications for Paralegals.

Paralegals can do almost everything a solicitor can do — with the exception of what is known as ‘reserved’ activities. These remain the preserve of solicitors.

Mostly, the judiciary will only recognise someone as a Paralegal if they are qualified through education and experience and have completed a recognised course, like NALP’s Level 4 Diploma in Paralegal Studies, and belong to a membership body, like NALP. Furthermore, the court will usually only allow a Paralegal to represent in court if they are retained by solicitor whilst being supervised and the court deems them fit to conduct litigation. This is not an automatic right for the Paralegal who is working within a solicitor’s firm and it’s up to the court to decide if the Paralegal should be allowed to speak.

A lot of Paralegals now attend court on a regular basis to represent clients in small claim proceedings or smaller cases and act as a representative if they belong to a regulated firm which is a part of the Solicitors Regulation Authority (SRA). However, it can be challenging for an independent Paralegal Firm to obtain the same rights. Although most Paralegals who run their own practice have at least three years’ experience, have an Ofqual recognised qualification, and a Licence to Practise — meaning they have been vetted and proven competent — the judiciary will still treat them in accordance with the McKenzie Friend Practise Guidelines, limiting what an experienced Paralegal can do!

For a consumer hiring a Paralegal — what do you need to know? Firstly, ensure they belong to an organisation, like NALP, and they have a Licence to Practise. Secondly, check their qualifications; a “Qualified Paralegal” is someone who has undertaken a certain level of professional Ofqual recognised training and understands their level of law in-depth. Thirdly, understand whether the Paralegal is attached to a Law firm or if they are an independent entity and can assist you through the court process.

In summary, the one key difference between a McKenzie Friend and a Paralegal is that a McKenzie Friend (Professional or Not) can be anyone. Whereas a Paralegal is a legally qualified person who can perform most of the same tasks a solicitor can — with the exception of reserved activities. They may be able to represent you in court if the court allows, or if they are supervised by a solicitor.

Many independent Paralegals are asking the judiciary to consider them separate and different from the usual McKenzie Friend roles. It is hoped that in the near future there will be separately drawn up regulations (like Solicitors and Barristers have) which will help progress the professional further.

As a Paralegal and Professional McKenzie Friend I have worked in both roles. I believe a Licensed Qualified Paralegal, running their own independent Paralegal Firm should be treated as a separate entity from a McKenzie Friend; their roles are entirely different and combining them makes the process of litigation, for legal professionals floating between the two, more complex and, for the consumer, it is more confusing to understand. Separating the two and recognising them both as different entities with different guidelines, will mean a more functional and operational judiciary.

Working as a Paralegal is not just a 'stepping stone'

Not just a route to being a solicitor! For some years, after the term ‘paralegal’ became known in the English Legal sector (having originated in the US), the definition became...read more.

Alternatives to using a solicitor

Having a legal problem is a very stressful situation to cope with. The first and instinctive thing that enters your head is ‘I need help’ and the first person that...read more.